Rush sings a song called "the marathon" and in it the words ring "from first to last, a peak is never past, something always fires a light that gets in your eyes. One moment's high and glory rolls on by, like a streak of lightning that flashes and fades in the summer sky." For some reason, peaks and mountains have always been a part of my life. I have always been drawn to them and each time I enter I return with so much more.

In 1999, I remember driving my car up to Alta where I then proceeded from Sugarloaf peak to head west until I reached Bell's Canyon. I knew of no one (although I am sure there were many) that did that sort of thing and felt that I had seen parts of the Wasatch that no one experiences. It is a treasured memory.

Several years later, Wasatch Pioneer Jared Campbell would have the vision of having a go and ultimately completing what is described as the Wasatch Ultimate Ridge Linkup traverse. Basically starting in the Salt Lake Valley in Fegurson Canyon and returning back down to the valley via the other side of Little Cottonwood Canyon, hitting every peak along the Alpine Ridge line and staying on the ridge or as close to it as possible for the distance until ending at Lone Peak. Then a couple close friends Jason and Lars did it. As the years pass me by I knew time was running short for me. This was the year so I secretly prepared, things came together.

The WURL is intense, humbling and as remote as can be found in the now populated Wasatch Range. I feel like the ego of the Wasatch is growing, as we tend to downplay the ruggedry and hazards that lie in the range. The WURL is filled with exposure, and there isn't an easy mile in my opinion.

Scott as my first companion started with me at 2:47 AM (Saturday August 29, 2015), up Ferguson Canyon. The full moon found its way through the clouds as the morning winds howled.  Shining deer eyes dotted the upper Ferguson as the silence of the morning was still pronounced. We topped out on Storm Mountain and the friendly forest and valley were now history as we then worked over to East Twin where I found my stashed water supply. It was still dark, but I could see the sleeping giants ahead of me and to my right across the canyon. Lone seemed like an impossible destination. I knew every peak and the struggles ahead.

I then moved along tagging Jeppson, Sunrise, Dromedary (where I found Hegewald's granola bar he had left for me, thanks Andrew!), Peak 11,200 (I think it is) and then along the incredible Cottonwood Ridge to the very exposed Monte Cristo and then to Superior. Scott followed at his pace enjoying the morning. His family duties called and I believe he ended at Monte Cristo.  Vance was at pole line ready to roll onto Catherine's Pass, enjoying with me the sub peaks along the gorgeous ridgeline including Toledo and Wolverine cirque.

My brother Jeff met me at Catherine's Pass and stayed with me to Supreme and then along the bushwacky limestone ridge that leads to the exposed Devils Castle, where we enjoyed solid limestone and laughter. I then moved up Sugarloaf Peak, Baldy and then over to Hidden Peak to meet my son, wife and Rich who would join me for the remainder.  Rich and I then traversed along the great brown and white peaks of the Alpine Ridge including AF Twins, Red Stack, Red Baldy, Great White Baldy, all the while with the wind still a strong companion. Each summit was taxing but the diversity of the range I have come to love over many years outweighed the suffering.

The evening sky filled with clouds as we topped out on the Pfieferhorn. We were moving well and I was happy with the time. Unnamed Peak was beautiful and moving into Hogum environs was awesome as a couple white ghosts ran in front of us, reminding us of the beauty of the surroundings. Reaching the great South Thunder Mountain as the sun died was satisfying, knowing the Hogum Cirque walls were now a memory.

Like Jason experienced, getting to Big Horn was not easy. Things were going great until we reached Big Horn where my wheels gloriously came off. I was hammered, zero appetite, my left leg hip flexor no longer worked. With little energy left, waves of nausea passing me like a bad dream and a moon that was hidden we made our way to its top. Then, accompanied by rain we worked our way slowly over to Lone Peak's two great summits and rejoiced not quite enough as the great ridge had reached a crescendo. As planned we exited Jacob's Ladder only to proceed to lose over 2.5 hours getting lost trying to find the trail in our state of delirium- how does that happen?? I was throwing up, with destroyed knees and bloody fingers from the thousands of times my hands gripped quartzite, limestone and granite.

Everything up to Big Horn was amazing, everything after was a death march. All said it was incredible and I'm glad we went down Jacob's...

A note
I too have run a couple hundreds (Wasatch and The Bear) and they are completely different animals than the WURL, where the mind, is in constant focus as certain sections simply do not allow for an ounce of mistake. I think once I got off the ridge  I was simply shutting down in the darkness and that was frustrating but understandable I guess.  I'm thrilled to have it behind me!

I am so grateful to Marcie, kids, Jeff my brother, Scott, Vance, Rich, Jason and Jared for all the support. It was an amazing day! 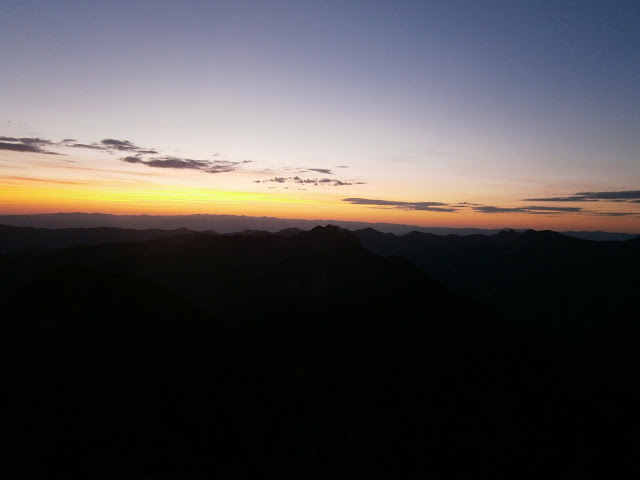 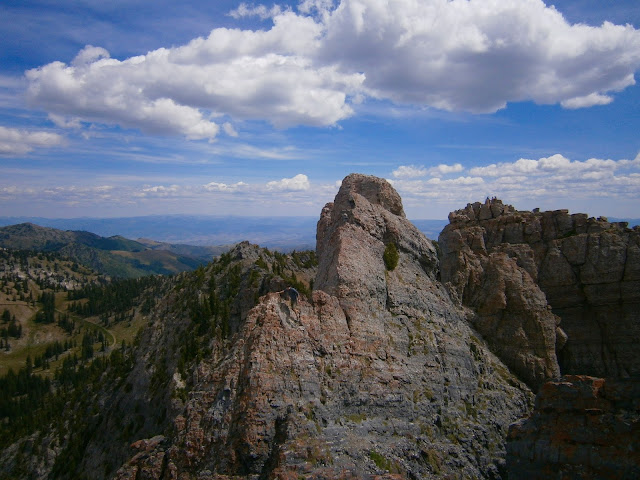